Last year saw some construction projects stalled because of stay-at-home orders related to the novel coronavirus or just general uncertainty about what the long-term impact of the global pandemic would be on the economy.

However, U.S. contractors like Mortenson, AECOM Hunt and Clark Construction are finding pockets of higher-than-usual activity in some cities. Here are five metro areas, each in a different region of the country, where upcoming construction activity this year will be worth a watch.

The sunshine and friendly business environment have always attracted newcomers to the Miami area, and the pandemic doesn’t seem to have slowed that down. In fact, according to Peter Tuffo, president of Suffolk’s South region, the company’s Miami business is brisk.

When one takes the financial advantages of living in Miami into consideration — no personal state income tax and relatively low property taxes — and then throws in a climate that allows year-round outdoor activity, he said, the region continues to be a draw.

“The quality of life Miami offers,” Tuffo said, “has really been a big factor in the fact that construction has stayed steady, if not exceeded our expectations.”

The type of projects Suffolk has going on right now in the Miami-Dade region runs the gamut. High-end condominiums like those at the 52-story Ritz-Carlton Residences in Sunny Isles Beach, Florida, is an example of the luxury accommodations that transplants from the Northeast are scooping up, but Suffolk also has its share of market-rate rental apartment projects as well. And with those new residents come K-12 school projects, Tuffo said.

Live-play-work projects appeal to those moving in from more urban areas, he said, but Suffolk also has found opportunity in tourism-related construction like a new Virgin Voyages cruise terminal at the Port of Miami and two new downtown Miami CitizenM hotels.

And as far as the pandemic is concerned, Tuffo said, the approach officials in Florida have taken has played an important role in the market’s resiliency.

“I think the local jurisdictions, as well as the state government, have done a very good job of allowing things to continue in a safe manner,” he said.

Buffalo, New York, might not be the first city one thinks of when it comes to construction activity and cities to watch. Major metros like New York City usually grab most of the attention, and no matter which way economic winds are blowing, there’s usually something going on there, said Richard Cavallaro, executive vice president at Gilbane Building Co.

However, more people and businesses are discovering that cities like Buffalo have a lot to offer, and that’s driving construction. Buffalo has everything a great city needs, Cavallaro said, like an airport, excellent healthcare options, public transportation, a reasonable cost of living and a robust cultural scene.

Businesses also have access to an educated workforce coming out of area schools like the University at Buffalo.

“When you have all those kinds of elements,” he said, “[they create] a boiled-down version of the big city.”

In fact, Cavallaro said, Gilbane has added staff in Buffalo in order to better take advantage of the opportunities there.

The types of projects Giilbane has going on in Buffalo are wide-ranging and include the 50,000-square-foot Albright-Knox Art Gallery expansion, a major renovation at the Erie County Medical Center and recently completed projects that make up the Northland Workforce Training Center.

Cavallaro said he’s also seeing investments in affordable housing in Buffalo, as well as in the life sciences due to the city’s proximity to major universities.

Despite what many people think, the Buffalo weather is not an impediment to growth in the area.

“They handle snow so well, it’s a way of life there,” he said.

The COVID-19 pandemic that has many Americans working remotely has put pressure on the country’s data center capacity and Chicago is primed to accommodate new arrivals in the data center sector. Chicago, in fact, is already one of the top U.S. locations for data centers, according to RE Journals.

The city is centrally located in the U.S., has a ready talent pool thanks to the numerous nearby colleges and universities, is relatively free from the threat of natural disasters and has access to a competitively priced supply of electricity. The state also offers data center developers tax benefits for building there.

Even with the pandemic, the number of megawatts under construction in the Windy City doubled in 2020, said Andy Stapleton, vice president and general manager at Mortenson’s Chicago office. Megawatts, a measure of electric power, are seen as even more important than square footage when it comes to data center development.

One of Mortenson’s clients, QTS, has built hundreds of thousands of square feet of data center space in Chicago, but with so many businesses turning to online work, there’s more than just the demand for data driving construction. Chicago has also become a hub for distribution centers for online purchases, including cold storage facilities for food and beverages, thanks to its transportation infrastructure.

In addition, faced with the problems wrought by the novel coronavirus, Stapleton said, the city came together and worked out a commonsense COVID-19 recovery plan against a backdrop of extreme lockdown policies in some areas of the country. Chicago has also been No. 1 for corporate relocations and expansions for the past seven years.

“I think of Chicago as being the most affordable big city with a global reach,” he said. “When you compare it to the coasts, you can really do a lot in Chicago.”

Austin, Texas, has not been affected as much as other U.S. cities during the pandemic, said Monte Thurmond, division head for the Texas and South regions at AECOM Hunt.

This is mostly because there was so much activity going into the pandemic and, since then, some companies have announced that they were headed to Austin as well as to other areas of the Lone Star State to take advantage of relatively low taxes and a business-friendly environment. Austin also offers plenty in the way of entertainment, as well as social and recreational opportunities, which are a big draw.

An example of this is the University of Texas’ $338 million Moody Center Arena, which AECOM Hunt broke ground on at the end of 2019. The privately funded 15,000-seat venue is a partnership between the university, concert promoters Live Nation and Austin-based C3 Presents and facility developer Oak View Group.

“I won’t say that there haven’t been projects affected in Austin because there certainly have been,” Thurmond said. “There were projects that were either paused or simply just decided not to get built because the developer or the ownership groups didn’t think that particular project made sense anymore. However, there are still other projects that are still finding their own legs for their proformas to work in Austin.”

Certainly, office and hotel projects have taken a hit in the Austin market, he said, as they have all over the country. But even those projects are moving forward if they are part of larger mixed-use projects.

Residential is definitely driving those projects, he said, and AECOM Hunt has seen continuing demand for both high-rise and mid-rise for-sale and for-rent units.

Seattle, said Eric Olson, vice president of Clark Construction’s Western region, is in a unique position to ride out whatever the pandemic brings, given that the city is home to either headquarters or major operations for corporate powerhouses like Boeing, Weyerhaeuser, Microsoft, Amazon, T-Mobile, Facebook and Google.

Construction spending has been negatively impacted this year, he said, and the general consensus is that 2021 will bring much of the same, although it’s hard to predict if activity will decline or hold steady before the growth that is expected in 2022.

One of Clark’s projects, the Washington State Convention Center, is about $300 million short of financing, reportedly from a pandemic-related decrease in the lodging tax.

Reasons for optimism about the Seattle market, however, include recovering education and residential sectors, as well as high demand for the products generated out of the Seattle area, he said. In addition, there are not many metros that offer such ready access to so many outdoor recreational opportunities.

Then again, the need for new office space was one of the major drivers of commercial construction in Seattle. Will that ever come back given that so many are working from home?

Not everyone will be able to or will want to work from home when the pandemic is over, Olson said, and there will be opportunities in how those spaces operate in the future, whether that’s changing a layout to accommodate more flexible work schedules, creating more private work areas or converting them to another use altogether.

“Renewal comes in all shapes and sizes,” he said, “so these office spaces are not just going to sit empty. They’ll be revitalized.” 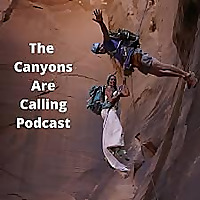